Located in the heart of Cova da Beira, between the mountains of Gardunha and Estrela, in the parish of Capinha, county of Fundão, "Quinta dos Currais, Sociedade Agrícola Lda.", Was born from a project to create, in this region, a wine-growing in modern molds, with castes of the Beira Interior, that were translated in the elaboration of a wine of high quality. The vineyard, with an area of ​​30ha, is part of a total of 130ha that make up the "Quinta dos Curais", which also includes a forest and an olive grove.

The owners, a couple of third-generation winegrowers, opted for a project in a modern way, which was first completely planted in 1996 for the 30ha of vineyards, exclusively with typical grape varieties of the region, making the most of the exhibition North-South and schist soil. In the white grape varieties, Arinto, Syria and Fonte-Cal were planted; in the red varieties by Castelão, Touriga Nacional, Tinta Roriz, Jaen and Rufete.
In a second phase, a cellar equipped with the most modern oenological technology was built, from the decanter to the automatic press, as well as a cold plant, a properly equipped laboratory, storage and fermentation tanks and a modern bottling and labeling line. Despite all the technology present in the Cellar, Quinta dos Currais still opts for a traditional vintage, with manual picking for baskets, considering that this allows a better control of the entire winemaking process. Today, with an annual production potential equivalent to about 180.000kl of red wine and 30,000kl of white wine, the Quinta fully incorporates the entire production process, using only its own material to produce the wines it markets.
In 2004, the Quinta dos Currais Agricultural Society was established, a family business consisting of the owners' couple and their three children. The Quinta's management then passed into the hands of the couple's two oldest daughters, with the Public Relations area being the youngest son and in the Direction, the owners. The management of the winery is made by Eng. Manuel Rodrigues, who has been involved in the "Quinta dos Currais" project since its inception. Supporting him in his duties has a cellar attendant and, occasionally, seasonal workers hired from the population of the region where the farm is located. The Quinta also has a partnership with a team of winemakers, "Vines and Wines", which closely monitors all work in the vineyard and wine cellar, throughout the year. 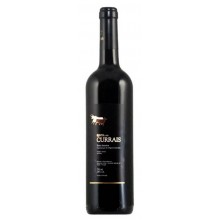 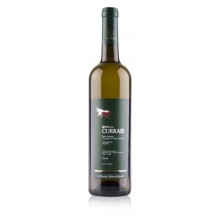 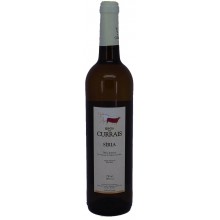 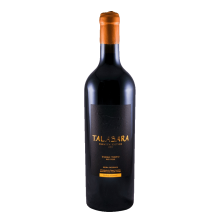