Located in the demarcated region of green wines, considered the largest region of Portugal and one of the largest demarcated regions in the world, mainly due to the extension of its area with a high component of soils dedicated to the cultivation of the vineyard, which also adds a significant percentage of the population directly dependent on the wine sector and, in particular, Vinho Verde.

It is a region characterized by a production dispersed by multiple small farms.
The creation of the associated cooperative movement goes back to the 50s of the last century to meet the need to group the interests of thousands of small and medium-sized Vinho Verde producers in order to achieve economies of scale in winemaking, marketing and distribution. conservation of a whole stock of wine culture that for decades has originated wines with very own organoleptic characteristics - a wine suis-generis and ex-libris of the region.

Vercoope, since its founding in 1964, has been promoting the development of the Vinho Verde culture, its knowledge and consumption by a growing number of consumers and consumers, not forgetting the need for appreciation fair to the producer, because only then can this develop and continue to produce wines with balanced prices for the consumer. 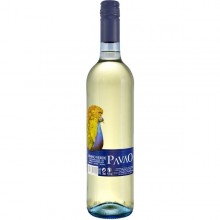