Luís Vieira’s Parras Vinhos began operations in 2010. Five years later, with the company consolidated and focused on the international market, it became necessary to reposition the brand and give it a different, more current configuration. Thus, in early 2016, Parras Wines came into being, younger, more flexible, and using a universal language that can be easily understood by everyone, even those living beyond the country’s borders.

Descendant of a father and grandfather who always worked with wine, Luís Vieira is the sole proprietor of the project. At the age of five, he fell into a vat of wine and could have drowned had an employee of his grandfather at the time, who is now his own employee, not saved him. Today, he recalls the episode with good humour and even claims that it symbolizes his "baptism into the world of wine”.

Luís Vieira was born in 1972 in the parish of Fátima. In 1996 he concluded Economics at the Catholic University of Lisbon, and after completing the course, spent a brief period in Argentina running a porcelain ware company that belonged to the family. Soon, his passion for wine culture led him to return to Portugal, and in 1999 he kicked off the process leading to what is now Parras Wines with the acquisition of Quinta do Gradil.

The company then began to establish itself with its own land in the Lisbon Wine Region, more precisely in the parish of Vilar, Cadaval, with an area of two hundred hectares, 120 of which are planted with vines today.

In the same region of the country, a little further up in the Óbidos area, Parras Wines is also responsible for operating 20 hectares of vineyards from which the Casa Gaeiras wines originate.

In 2005 the company set up its first bottling line in Alcobaça, in the former premises of an earthenware factory, thus beginning a new area of business - a Beverage Bottling Plant, which today also serves as the headquarters of Parras Wines.

Five years later, in 2010, the then Parras Vinhos, today Parras Wines, was established. In addition to land in the Lisbon region, in parallel the group started to produce wines from other regions of the country. Through partnerships with local producers, the company was able to meet the wide-ranging needs emerging in the market, producing Douro, Vinho Verde, Dão, Lisboa, Tejo, the Setúbal Peninsula and Alentejo wines.

A team of oenologists and winemakers from PARRAS closely monitors the work of these local producers throughout the year, over the full cycle of the vine, from the rest period until harvest. This is how the company ensures the production of top quality beverages.

But, in addition to terroir in the Lisbon region, since late 2014, the company has also owned an Estate in Alentejo, more precisely in Redondo. It is called Herdade da Candeeira and has vines planted across 90 hectares.

€4.20
Wine House Portugal ,
5/ 5
<p>Parras Vinhos de Luís Vieira was born in 2010, currently based in Alcobaça, where the group's bottling unit is also installed.<br />Descended from a father and grandfather who have always worked with wine, Luís Vieira is the sole owner of this project. When he was five years old, he fell into a wine cellar and was almost drowned, were not his grandfather's collaborator at the time, who is now his, to have saved him. Today, he remembers this episode with grace and even says that it symbolizes his "baptism in these wine wanderings"</p>
Maum2976 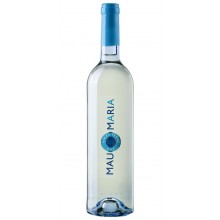