With the inheritance of Herdade do Pombal, 2 km from Estremoz, D. Almira Rosária Serrano Anjinho Lopes Guerreiro, takes over the management of the family's agricultural estates, dedicating themselves to the cultivation of cereals, sunflower and sheep production, making the herdade known breeding of Suffolk sheep.

In 1995 he decided to start with the investment of 15ha of vineyards with red varieties, in clay-limestone soils, returning to a family tradition in the wine sector. The planted varieties were Aragonês, Trincadeira, Alicante Bouschet and Cabernet Sauvignon, and the first productions were sold.
In 2001, she recuperated an old wine cellar that existed in the estate, thus beginning her activity as a bottling company, assisted by her son Eng. José Manuel Serrano Anjinho Lopes Guerreiro, who was currently attending the Master's Degree in Viticulture and Oenology in Higher Institute of Agronomy in Lisbon. The 2001 vintage gives rise to the first wine that is launched for the Herdade do Pombal brand market in September 2002.
The increase of the area of ​​vineyard occurred in 2002 with the planting of another 8.5 ha of the varieties Aragonês and Cabernet Sauvignon. In the year that follows, the vineyard area is expanded by 2.5 ha with the vineyards of Alicante Bouschet and Syrah, and a new wine cellar is built to make possible the vinification of all current and future production. 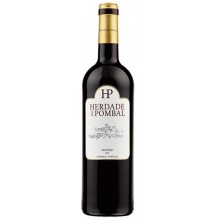 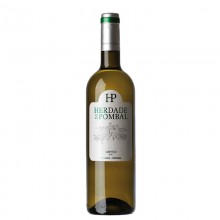 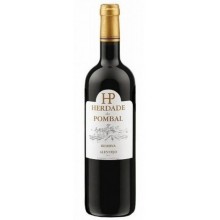