For decades this family-owned and independent company, located in the region of the Alto Douro in northeastern Portugal, produced generous wines of great quality, whose destination have always been some of the best exporters of Port Wine located in Vila Nova de Gaia.

Quinta de Brunheda is composed of 360 ha of land, situated in an amphitheater of rare natural beauty, which extend along the two banks of the River Tua, a tributary of the Douro River, being recognized as one of the most emblematic of the region and being in possession of the Mesquita family since 1720.
The vineyards of Quinta de Brunheda are located in the heart of the Douro region, so decreed in 1756, by the Marquis de Pombal, the Portuguese prime minister at the time, thus being the oldest demarcated wine region in the world. 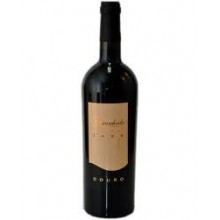 €5.59
Wine House Portugal ,
5/ 5
<p>Vale do Corça - The extreme climate, associated with very poor schist soils, give rise to the ideal natural conditions for the production of high quality wines, obtained from the traditional grape varieties.</p>
Etw3229