The story of Henriques Henriques, founded by João Gonçalves Henriques, dates back to 1850. After his death in 1912, a partnership was established between his two sons, Francisco Eduardo and Joaquim Henriques, which gave rise to the name Henriques & Henriques .

From the earliest times, Henriques Henriques occupied a prominent place in viticulture and the art of making wine. In 1913 the family interests were constituted in a company of the family that, in 1925, began its activity like exporter of its wines to the detriment of the local supply to other exporters.
In 1968, with the death of the last Henriques, João Joaquim Henriques, known as "João de Belém", who had no descendants, the company was inherited by his three friends and collaborators: Alberto Nascimento Jardim, Peter Cossart. company) and Carlos Nunes Pereira.
In June 1992, Henriques Henriques carried out an expansion project with a value of more than € 5,000,000, investing in the construction of new facilities in Câmara de Lobos and a new vinification center in Quinta Grande.
The new facilities in Câmara de Lobos are home to the offices, laboratory, testing room, store, glass-fronted warehouses (for aging wines in hulls) and basement stainless steel tanks with various storage and subdivision capacities.
In 1995, the Company decided to plant in the parish of Quinta Grande, a new vineyard near the vinification center. Henriques Henriques is the only wine producer in Madeira that owns its own vineyards.
The company continues to invest in the latest technological innovations, while maintaining the unchanging family tradition that has lasted 200 years in the production of the best Madeira wines. Full control of all aspects of production enables H & H to produce and market wines of exceptional quality. 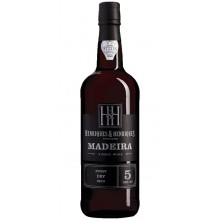 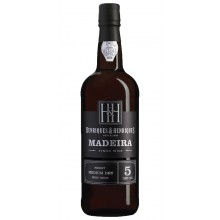