It was in 1927 that 11 associates led by Domingos Silva and Ângelo Neves decided to found, in Sangalhos (Anadia), the Alliance, which already has more than 80 years of life.

In 2007, Bacalhôa Vinhos de Portugal acquired the majority share capital of the Aliança, becoming part of the Bacalhôa Group, and the social designation of Caves Aliança SA was changed to Aliança Vinhos de Portugal SA, at which time a institutional image.
The wines of the Alliance, such as Quinta dos Quatro Ventos, Quinta da Garrida, Quinta da Terrugem and Quinta das Baceladas, have already received several national and international awards, and the company was considered in 2005 by the prestigious US magazine Wine Spectator, one of the 20 best companies in the sector worldwide. The only one of the Iberian Peninsula included in this classification.
Recent investments have been made with the restoration of the facilities at Sangalhos and the inauguration of the Alliance Underground Museum. An exhibition space, which develops along the traditional Aliança Vinhos de Portugal cellars and covers areas such as archeology, ethnography, mineralogy, paleontology, tiles and ceramics, covering an impressive time span with millions of years.

€9.04
Wine House Portugal ,
5/ 5
<p>Alabastro is a wine who's name is inspired by a semi-precious marble found in the Alentejo region. Like this stone, Alian Vinhos want to produce a wine that presented it self with strong and persistent flavours</p>
Alb4489 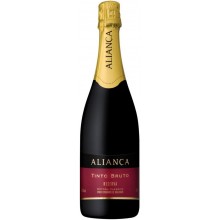 €6.50
Wine House Portugal ,
5/ 5
<div>Produced for the first time in the 50 ’s, this sparkling red wine production was led by a French winemaker from Burgundy region who, at the time, managed the winemaking of Aliança Vinhos de Portugal and developed a Crémant red in Portugal</div> <p></p>
Arb433 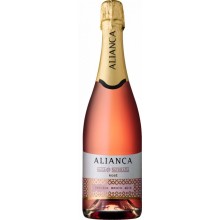 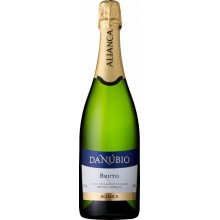 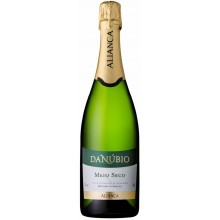 €4.60
Wine House Portugal ,
5/ 5
<p>Sparkling wines are one of the core - business of Aliança Vinhos de Portugal, a historic leading producer of sparkling wines in the Bairrada region. The Danúbio brand was launched to meet the market demand for easy drinking sparkling wines</p> <p></p>
Ddo431 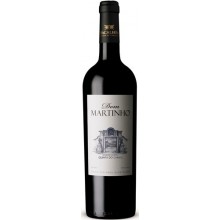 €5.50
Wine House Portugal ,
5/ 5
<p>A wine with more fruity profile and without the influences of wood ageing. They found the ideal fruit from Dom Martinho vineyard and named it after this vineyard. Quinta do Carmo dates back to the seventheenth century when King D. Joao IV had it buit for a Lady of his court</p>
domart147 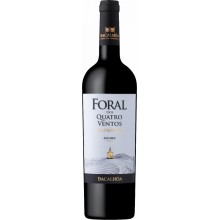 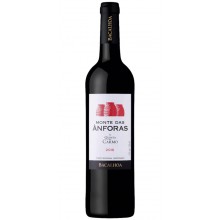 €4.03
Wine House Portugal ,
5/ 5
<p>Bacalhôa Vinhos de Portugal, S.A., one of the largest and most innovative wine companies in Portugal, has developed over the years a wide range of wines that has earned it a solid reputation and the preference of national and international consumers. Present in 7 Portuguese winegrowing regions, with a total of 1200ha of vineyards, 40 farms, 40 different vineyards and 4 vinous centers (cellars), the company is distinguished in the market by its size and autonomy in 70% in the own production</p>
Mtan2413