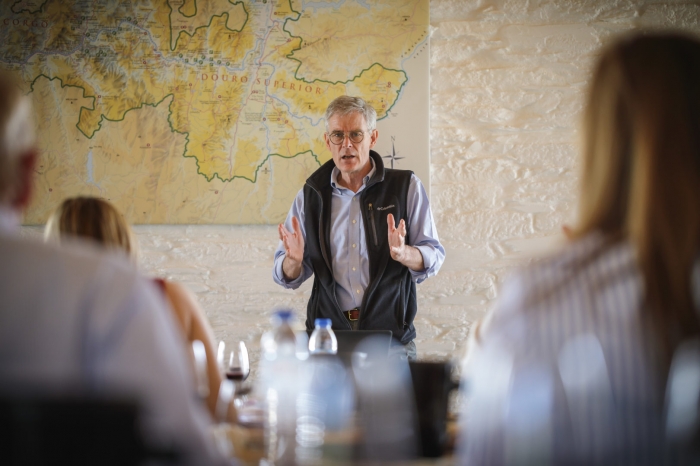 Paul Symington receives a career award for masters of wine.

The Institute of Masters of Wine awarded the Lifetime Achievement Award to Paul Symington in partnership with Drinks Business magazine. The Institute awards this award every two years, this time considering Paul Symington as "a remarkable and inspiring individual with a lifelong commitment to wine excellence." The award was presented at Vinexpo in Bordeaux, with the particularity of being the first time of a Portuguese producer.
Paul Symington stated: "I am deeply honored to have received this award, as the previous honorees are all people for whom I have great respect. I also feel tremendous satisfaction in seeing the unique vineyards of our region and its two great wines, Porto and Douro, recognized by this route. "
The Life Achievement Award has already been awarded to leading wine personalities such as Robert Mondavi (2005), Marchese Piero Antinori (2007), Jean-Michel Cazes (2011), Baroness Philippine de Rothschild (2013), Hugh Johnson Miguel Torres (2017).