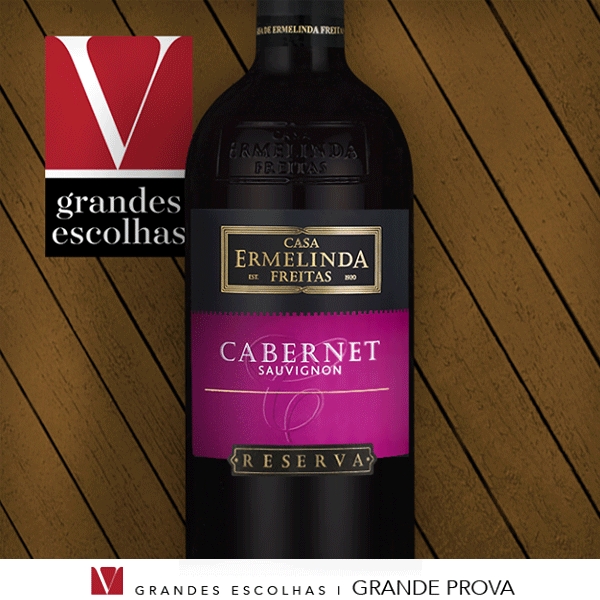 Cabernet Sauvignon Reserve in 'Great Highlight' in the Wine Magazine. The April issue of the magazine attributed note 17 to the 2014 harvest!

A garnet / ruby colored wine, concentrated. Aroma confit to remember very ripe black fruit, some pepper and spice, with balsamic touch of the caste. In the mouth it is very full, velvety with very well integrated tannins. Long, pleasant and persistent finish.

The company, started in 1920 by Deonilde Freitas, continued by Germana Freitas and later by Ermelinda Freitas, has always paid special attention to wine.
Since the first generation this house bets on the quality of the vineyards and wines, which were initially produced and sold in bulk without own brand. It was with the current management that the great change took place. Thus, in 1997, a new cycle began with "Terras do Pó" red wine, the first wine produced and bottled Ermelinda Freitas House.