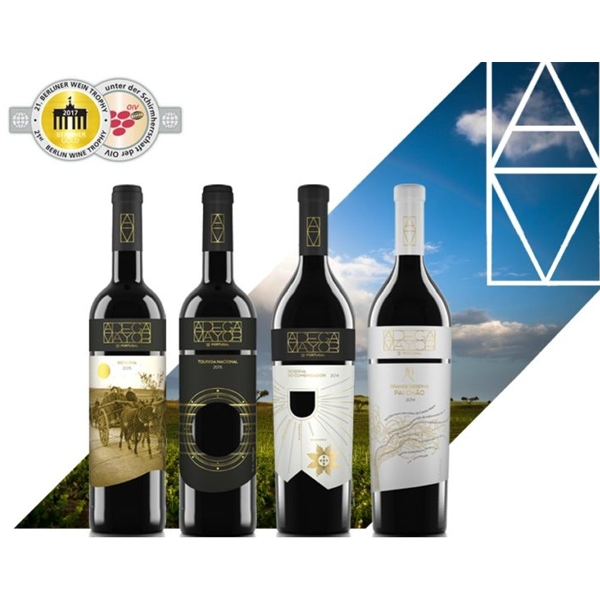 The Adega Mayor saw four of its wines awarded with gold medals at the Berlin Wine Trophy International Wine Competition.

At the top of the panoramic terrace, you can see, on the horizon line, the vineyard, the olive grove of the Estate, Spain and the Sierra de Portalegre. With a contemporary look reinvents the art of living well.

The Adega Mayor is the fruit of the vision of Comendador Rui Nabeiro and his great passion for wines and his land - Campo Maior.

From the hand of the prestigious architect Siza Vieira came the unmistakable trait of this distinct, contemporary and soulful wine cellar. Inaugurated in 2007 but producing wines since 2002.

The oenologist Paulo Laureano and a dedicated team are responsible for the design of these nectars with a clear personality, where all the tradition and sophistication of an Alentejo to be unveiled is revealed.

Bringing the best that is done in Portugal to the world is what inspires them to make great wines.